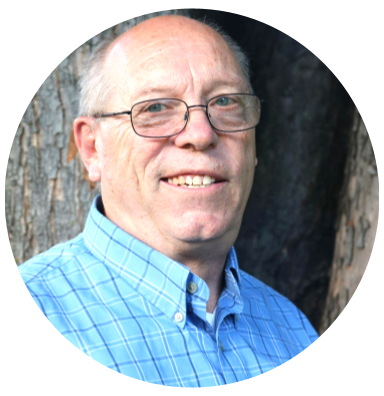 Ken Lucier was raised in rural Massachusetts. He and his wife of 48 years, Lois, have four adult children and 20 grandchildren. The family has lived in Moorhead the past 40 years, where they raised the children, who all are SPUD alumni.

Ken moved to New York City as a young man and worked for nearly five years in the financial district of Manhattan, much of that time for Smith Barney Inc. Ken is a veteran of the Vietnam conflict, and worked as an Airman, NCO, and Commissioned Officer in the USAF for nearly ten years. His work involved the Air to Ground nuclear deterrent part of the B52 weapon system of the early cold war period which required a top secret clearance.

Ken trained as a budget NCO, and was quickly accepted into Operation Bootstrap,when only 1% of applicants were accepted. He earned a Bachelor's degree in Finance from Cal State Sacramento. Ken was then commissioned by President Carter. He served as both a base budget NCO and Officer. That is where he was responsible to coordinate the various missions of all squadrons and wings within the base by upward and downward negotiations given the financial constraints of the DOD. It was a challenge getting the money needed to do the mission from higher headquarters and distribute it to best accomplish the various missions within the base.

With his honorable discharge in 1982, he and the family moved to Moorhead where he accepted a job as an account executive for Dain Bosworth. In 1984 he decided to go to work for the US Postal Service. Ken worked there until his retirement in 2006. He has since worked in various part time jobs. Ken has served on the Board of Directors of Red River Valley Youth for Christ. He has volunteered for Open Doors 65, a local Christian based non-profit that has served people in need of hope and help for many years. He has served as President of Open Doors 65, and is currently the Secretary.

Ken has always been passionate about public policy and has served in leadership positions for four different political parties. In 2006 Ken retired from federal service and earned the endorsement of the Constitution Party for the United States Congress representing Minnesota District 7.

Mr. Lucier was awarded the ‘Outstanding Layperson in Education Award’ in 1987 by the then Moorhead Education Association. This was for his efforts to persuade the School District to decrease the per class student load in the primary grades. He ran for the School Board that year, losing by a very narrow margin.

Ken has been a lifelong stamp and baseball card collector. He is a history enthusiast, and has published two history books. ‘Stitches in Time as Eternity Dawns’ (2011} which culminated from 30 years of research. The second was a collaborative effort with John Mahitka, ‘History of East Brimfield and the Lost Village' {2019). He is currently researching for a potential third book, ‘21 Stops on the Road to Serfdom’.

Ken loves to spend ample time with his family of 30, and has a passion to leave this world better for the next generation.

Mr. Lucier is now ready to serve ISD 152 as a Director.

Created with NationBuilder – Theme by Tectonica